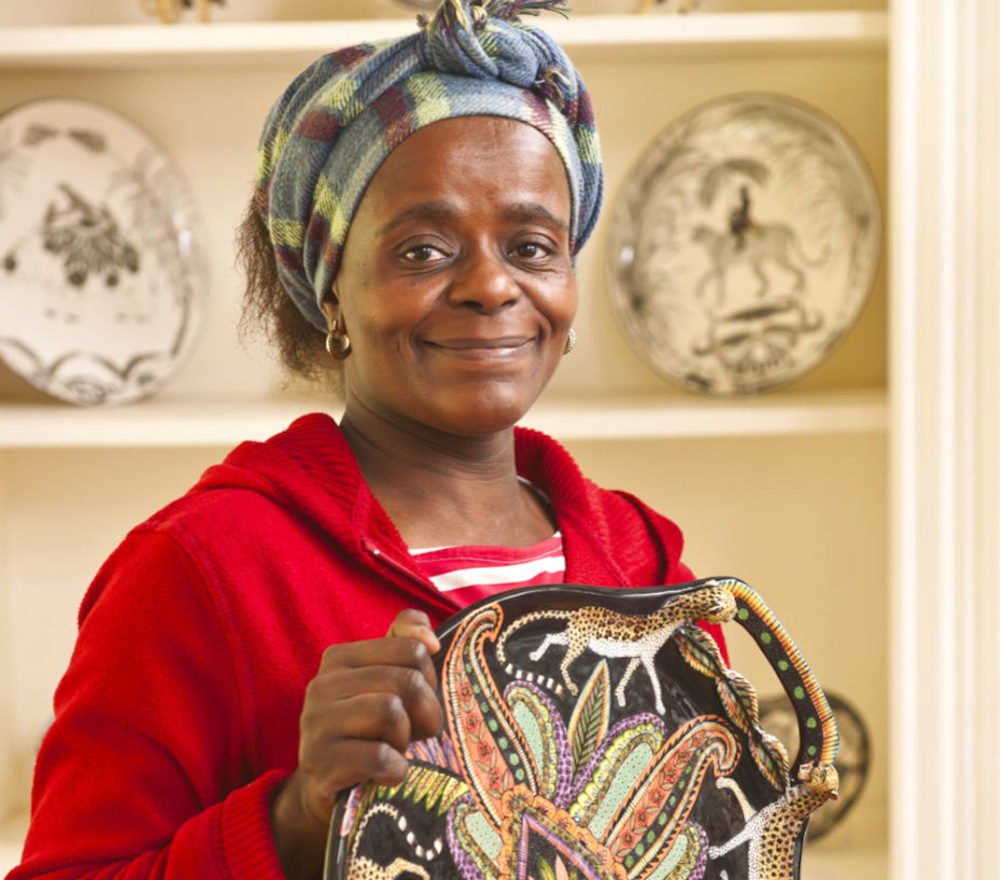 What happened when PUNCH SHABALALA become so unwell with HIV/AIDS that she couldn’t walk properly for three years? This talented painter from South Africa’s groundbreaking Ardmore Ceramics describes her journey to SUE BROWN

The daughter of a domestic worker and a farm labourer, Punch (49) grew up in Champagne Valley in South Africa’s Drakensberg mountains. She has four children aged between 18 and 27.

‘I WAS LUCKY ENOUGH to be introduced to ceramic painting at the age of 20 through my cousin, Bonnie Ntshalinthshali. She worked at Ardmore Ceramics, a company set up by a Zimbabwean artist called Fée Halsted. I’d never done art before, but when I spent time with Bonnie while she was working on a sculpture, she realised that I too had a talent for painting.

I started working for Ardmore and soon developed my own designs, painting flowers, insects, birds and animals in styles inspired by traditional Zulu beadwork. I particularly love working with bright colours. Working for Ardmore was amazing, and in 1998, I was humbled to travel with Fée and Bonnie to three German cities where our work was being exhibited. I felt so honoured to have my work exhibited, sold and auctioned across South Africa and overseas. 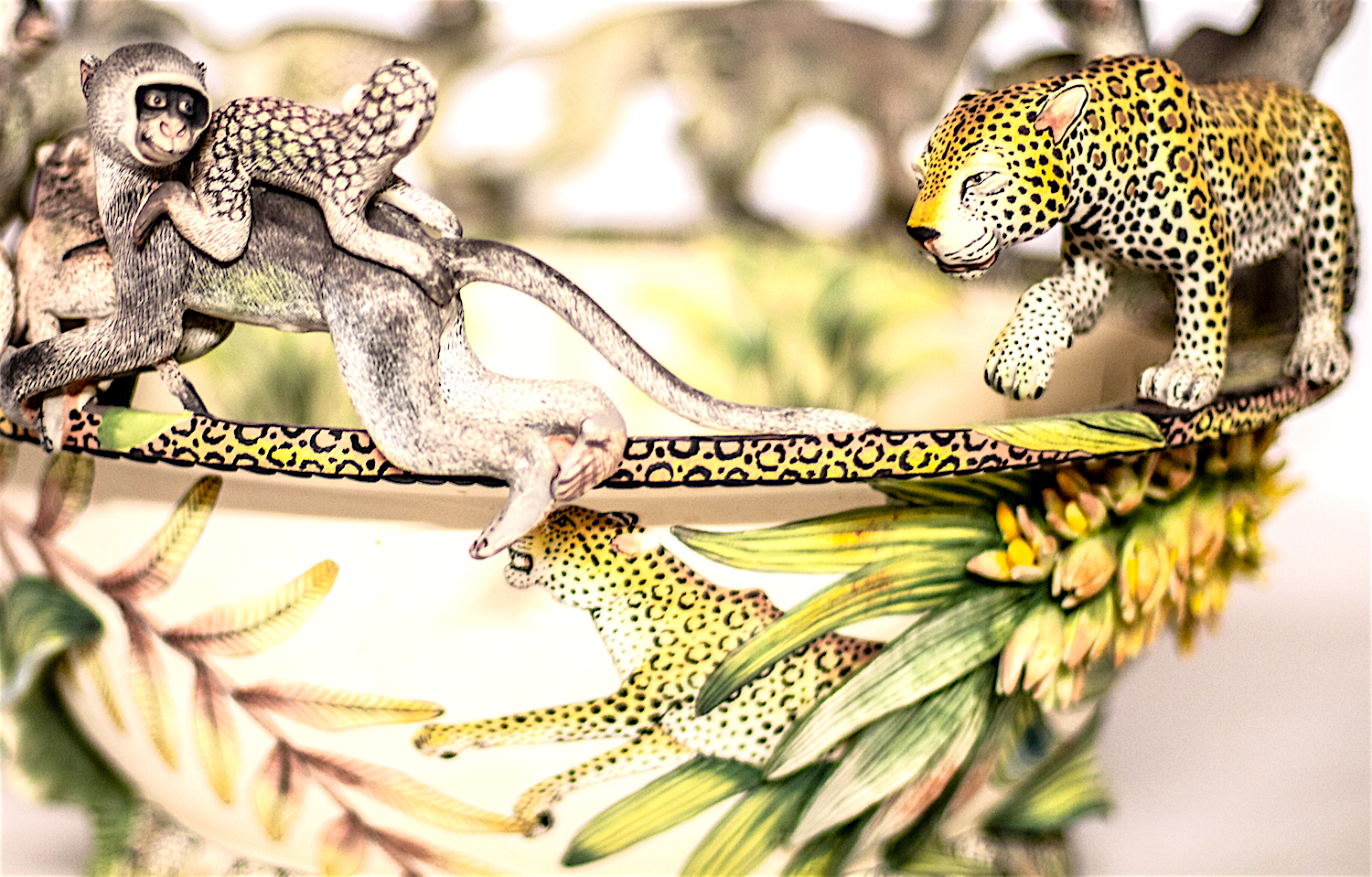 This is Africa: Ardmore pottery is in demand around the globe for its daring take on ceramics  | Photo: African Bear Photography

At the age of 36, I started to feel unwell. I was increasingly exhausted, had little appetite and started to lose weight. The following year I became even more ill and was admitted to hospital, where I was told I was HIV-positive. The doctor told me the terrifying news that I had full-blown AIDS, that my CD4 count was a dangerously low nine, and that I had also developed tuberculosis.

I understood how desperately ill I was, but prayed to God in my fear and helplessness. I had faith that He would be able to bring me back to health. 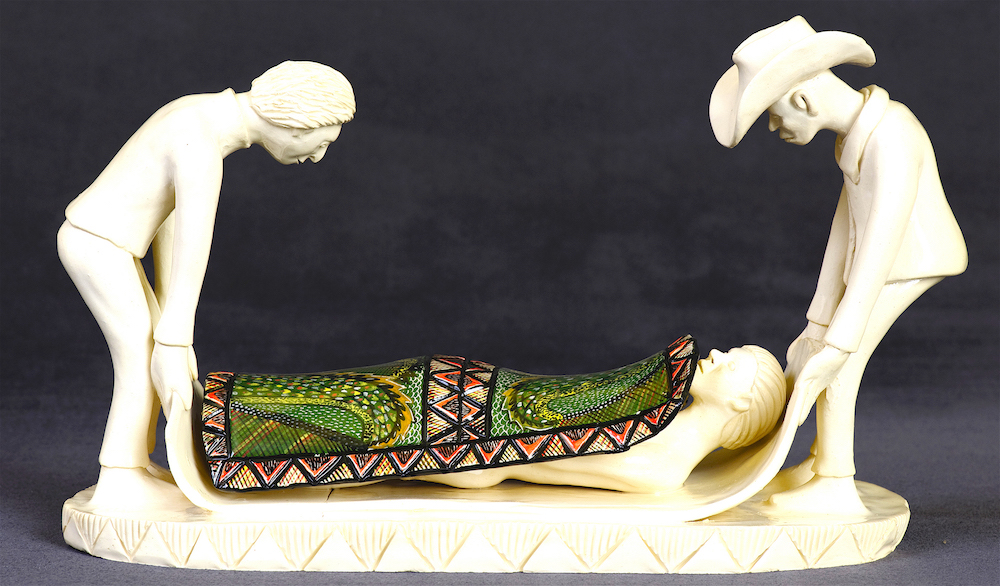 I was started on treatment, but was still extremely ill when I was discharged from the hospital three weeks later. I couldn’t sit or stand, so Fée and my colleague Moses carried me out of the hospital on a thin mattress that they held between them. This moment was captured in a sculpture by another colleague, Nhlanhle. Later, when I was getting better, I painted the blanket covering me on that otherwise plain white sculpture.

Feé organised a home carer who looked after me and ensured that I always had healthy food and medication. I’m so grateful to God for Feé and all that she has done for me. My carer also prayed with me every day. This helped me be patient and strengthened me during this long and difficult time. 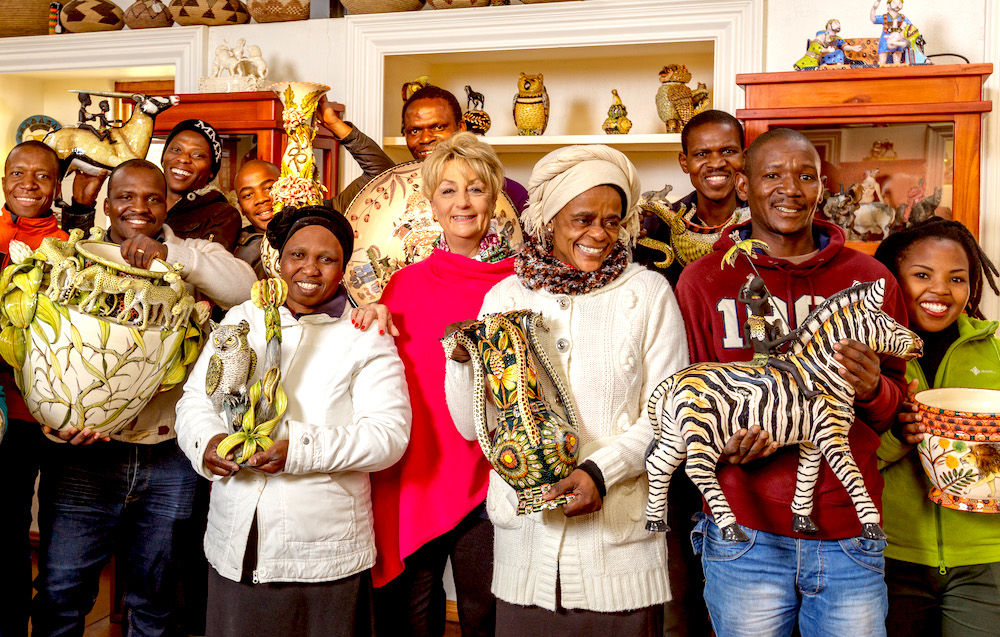 Very slowly I became stronger, and eventually started walking again using a walker. Nhlanhle recorded that phase of my recovery too, sculpting another plain white piece of me beginning to walk with the walker. It was a full three years before I was able to walk unaided.

Today I’m well and strong again. I believe that my health and being with my family is a gift from God. I’m so thankful for my Ardmore family too, and for being able to work here and support my children. 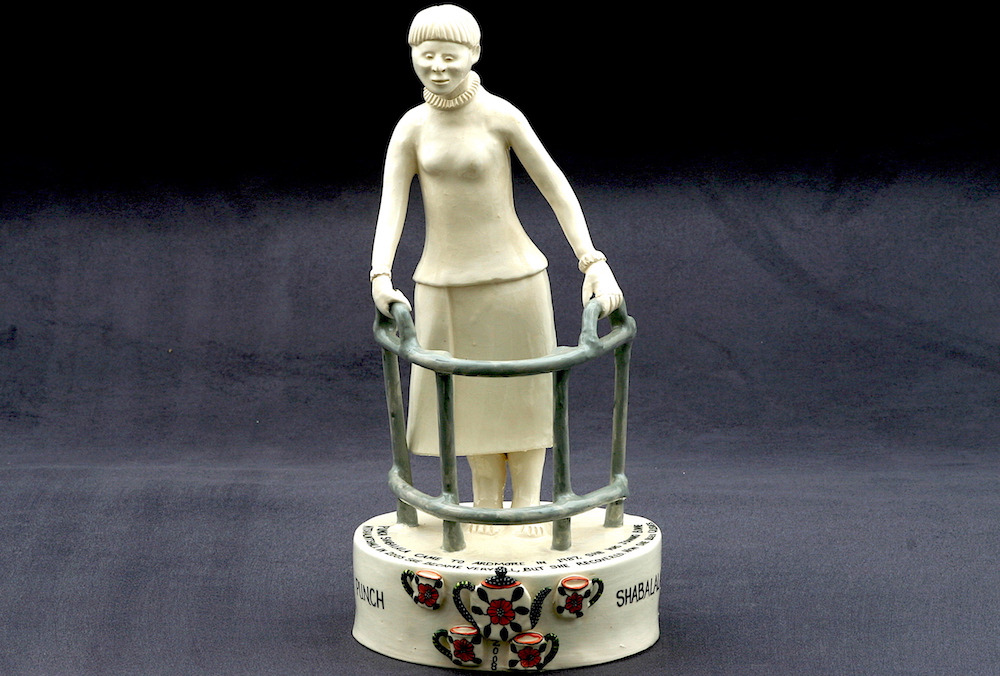 Picture of hope: after leaving hospital, it took Punch three years to be able to walk unaided. Again, Nhlanhle recorded her condition with a sculpture

In 2011, I was able to go to the United States as a guest artist at an exhibition of Ardmore work, held at the Hotchkiss School in Connecticut. I’m also honoured to have won a Korean Biennale Merit award.

If there’s one lesson I’ve learnt, I would tell people that God is so wonderful, and to observe what is in front of them to realise this. For three years I was unable to walk, and now I’m well and working again! I know I’ll die one day: but of something else, not the HIV virus, because I know how to look after myself. I would also tell young people to take care of themselves.’ 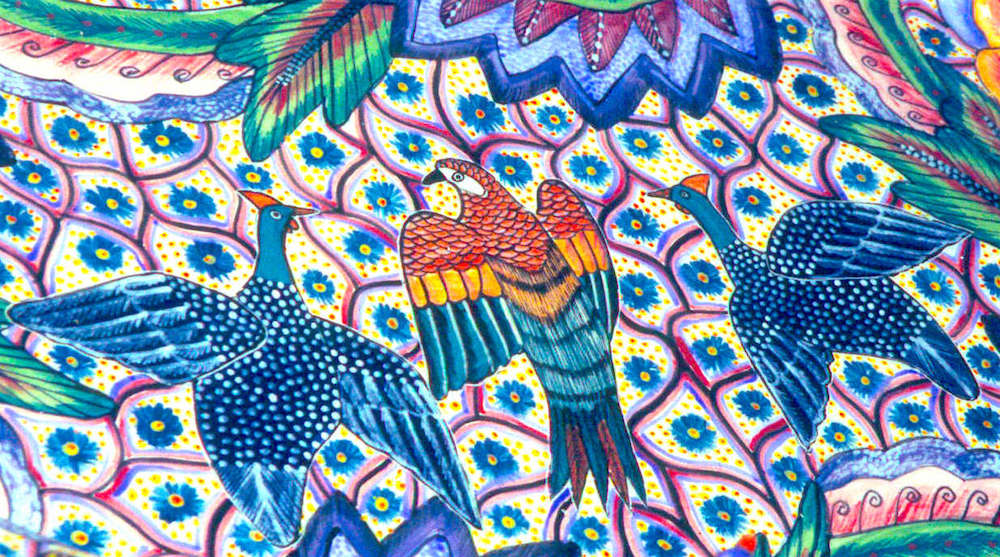 HIV/AIDS IN SOUTH AFRICA: United Nations statistics indicate that South Africa has the largest HIV epidemic in the world. 19% of the people living with HIV in the world are South Africans. However, since 2010, new HIV infections have decreased in the country by 49%, and AIDS-related deaths by 29%

ARDMORE CERAMICS: To find out more, go to www.ardmoreceramics.co.za 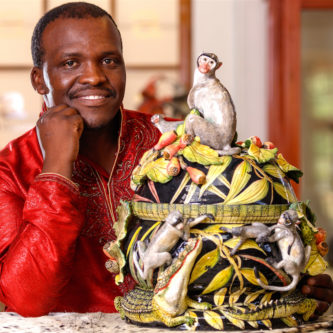 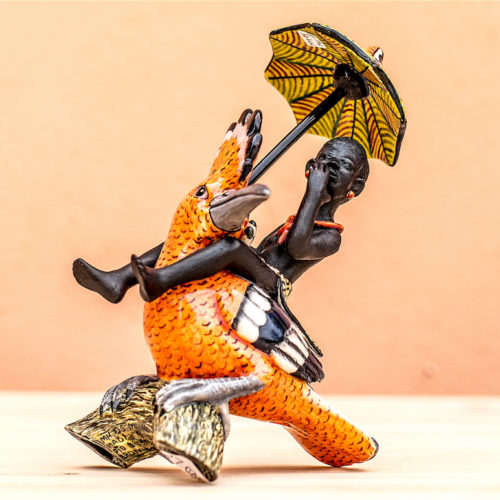