The eldest of four boys, LUVUYO RANI  was born in the Eastern Cape and educated at Kwa-Komani High School in Queenstown. After a short career in teaching, he went into business with his brother to create Silulo Ulutho Technologies, a company servicing the burgeoning internet needs of township communities. From humble beginnings, the business has grown exponentially, garnering Luvuyo numerous local and international awards. In 2014, he was named one of the Top 10 Outstanding Young Persons of the World by the prestigious NGO Junior Chamber International, and not long after picked up a coveted award for social entrepreneurship from the World Economic Forum. Luvuyo, who lives with his wife Zanele in Cape Town, tells BRONWEN BOWMER his story… 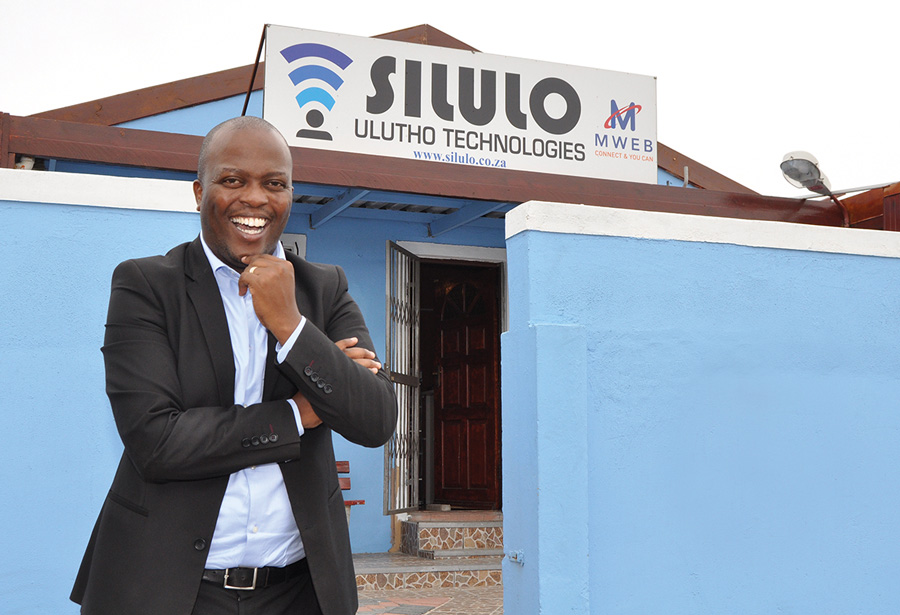 ’My father worked as a nurse, but his passion was rugby. He was one of the best, people said. Much to his dismay, I was much more into Latin American dancing. My mother was a domestic worker who also ran a shebeen from our sitting room. I now realise my journey of entrepreneurship began with her. More than anything, I learnt resilience. Black entrepreneurs weren’t free then [during apartheid], so there were many raids and my mother was often arrested. But she kept going. I don’t think I’d be where I am today if it weren’t for those difficult years.

In 1991, my mother started going to the Pentecostal church in Queenstown. After that there was much more hope in our family. We became a family that believes God has a plan for us. To start with, I just went along with her, but then felt in my spirit this was something I needed to be involved in. We came from poverty, but our foundation was strong so we were able to survive. I was a good boy, disciplined and well dressed. As the first-born, I was involved with family affairs and soon realised that I could combat poverty through education. So in 1994 I passed grade 12 very well, with a university exemption.

My father didn’t have much, but gave me R500 for my bus ticket to go and study in Cape Town. I wanted to study political science, but the University of the Western Cape was so busy with protests that I couldn’t get into that department. Instead, I completed a bridging course in commerce, accounting and economics at Cape Tech that led to a BTech in Education. My teachers saw I was smart and offered me assistant jobs that helped pay for my studies. This was incredibly helpful as my father tragically died in an accident around this time. I studied by day and worked at night, including a job at the V&A Waterfront providing information. I had to wear this long shirt, shorts and takkies [sports shoes], and girls used to come up and laugh at me!

‘the bug had bitten’

Not long after graduating, I applied for a teaching post in Khayelitsha township and went there to teach accounting, business economics and entrepreneurship. I taught for three years and it was one of the best times of my life. Then a cousin of mine started selling vetkoek [fried buns] outside the school gates and at break time, I would go and help her. I got into trouble with the principal, but the entrepreneurial bug had bitten. After work, my youngest brother Lonwabo and I had long discussions about what we could do to make more money. We considered all sorts of options, from township tours to phone services and even sold diapers at one stage, but our stock was stolen so we gave that up.

In 2004, I resigned as a teacher to sell refurbished computers with Lonwabo. He had a paid job fixing phones, so he borrowed R10 000 from the bank and bought four refurbished computers. We sold these out of the boot of my Corsa Lite to Khayelitsha teachers who needed them for the admin generated by the new outcome-based education. People thought I was crazy to quit my job, but we persisted, getting groups of six teachers together in stokvels [savings clubs] to buy a computer a month. Our profit was R400 per computer. But it cost us to have the computers repaired or serviced, so we invited our friend Sigqibo Phangabantu to take care of that side of things. The name of our company, Silulo, comes from the first syllables of each of our three names.

Soon we saw the computers standing unused in the teachers’ homes! We realised that if the teachers came to us, we could teach them to use them. In 2006 we opened an internet café, convincing a tenant at Khayelitsha Mall to rent out part of his phone shop to us. Our supplier loaned us 10 computers and we planned to repay R10 000 monthly until we had paid off the computers. The first month, we made R250 and our expenses were R12 000! Our cheques were bouncing and people were angry with us, but we knew this was a great opportunity and refused to give up. People were coming into the shop, asking for assistance with their CVs and other simple computer issues: in those days, many didn’t know the difference between fax and email. We realised the need for training in the ICT sector was great, and started courses for the whole community.

I was under pressure. The bank wanted to take back the car and the house, my mother needed support, my girlfriend left me. But I was always convinced that my business was a calling from God and prayed for him to help me. Things were tough, but I kept going. In 2006, I got a bursary to study for a postgraduate diploma in associated management at the University of Cape Town (UCT). The same year, a loan from UCT’s Bertha Centre for Social Innovation enabled us to buy computers, get our own venue and improve our training programmes. We worked very hard, and the next year received a further loan and bought a bakkie. Finally, with money coming in from the courses and internet cafés, we paid back our loans in full. From there, we went from strength to strength, expanding to the Eastern Cape. We now have 36 stores, 12 franchises and 178 employees. More than 25 000 students have graduated from our training courses!

All our graduates have the opportunity to become consultants and ultimately franchise owners. In 2013, Cadiz Asset Management approached me with potential funding, but instead we asked them to fund three staff members to buy their own franchises. We believe in empowering people from the community. We plan to expand to Gauteng, and in the next 10 years want to have at least 200 stores in South Africa! For me this is not just about success and making bucks. I see opening up the world of technology to disadvantaged communities as my calling, how I preach Jesus’ message of hope to people. We need more success stories, more positive role models for young black entrepreneurs. They don’t need to wait for some politician, they can achieve their goals themselves!

This year I’ll be travelling to Kigali, China, Columbia and Singapore, as well as attending a leadership programme at Harvard. It’s the absolute highest point of my business career! I’m content, I’m happy, and know I need to be grateful for everything. When I wake in the morning or give a speech, I want to inspire others to achieve, and create opportunities for them to do this. I believe the Man Above has a plan for all of us and gives us what we need in time.

As for relaxing, I’ve tried golf, but I didn’t really take to it. I want to travel more. Travelling brings a wider perspective and energises me. In my free time I just want to take my wife Zanele and travel, so we can spend time together and broaden our horizons.’ 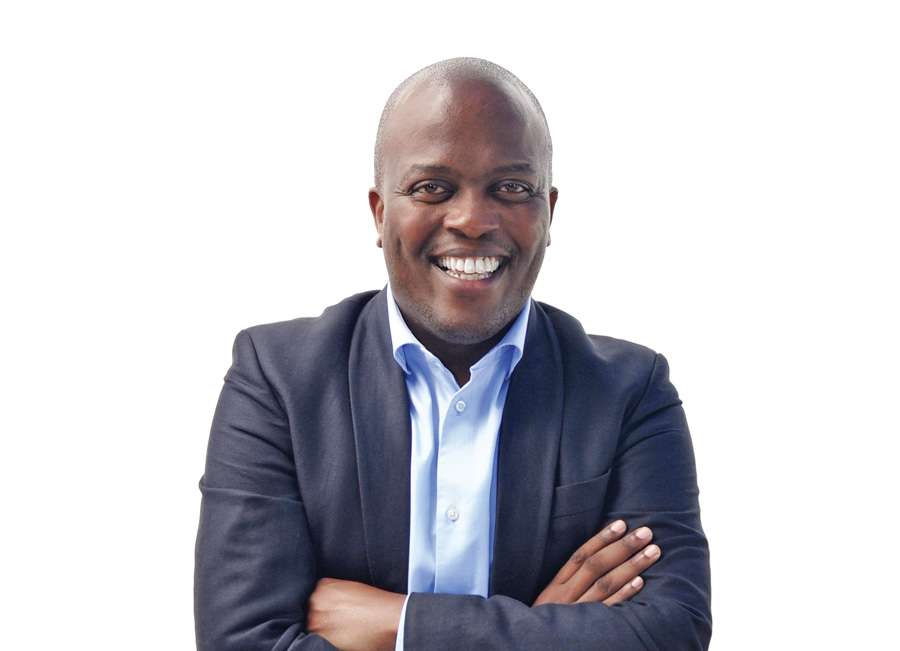 ‘This is not just about making bucks,’ says Luvuyo  |  Photo: Tonya Hester

Luvuyo: what business has taught me